A New Generation of Terror 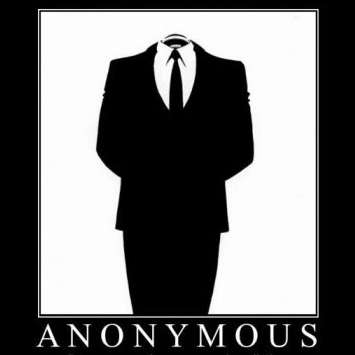 Chris Skleryk — January 30, 2008 — Pop Culture
References: encyclopediadramatica
Share on Facebook Share on Twitter Share on LinkedIn Share on Pinterest
Anonymous is an organized group of hackers, reportedly responsible for 90% of all Internet terror. Fox11 news covered the group back in 2007 and reported Anonymous would hack into MySpace users' pages and alter and infect them with viruses which would ransack the users' page. Not limiting their skills to MySpace, hundreds of sites have reportedly seen Anonymous' intrusions, children's game Habo Hotel being one of them, with Anonymous hacking into the site and portraying anti-semantic messages.

On a larger scale, Anonymous had reportedly called in bomb threats to 7 football stadiums across the U.S. creating a countrywide security frenzy. Claiming to have vans filled with radioactive materials parked outside the stadiums ready to be set off, however the threats were left empty.

In Anonymous' latest campaign and response to the viral â€œTom Cruise Scientology Videoâ€, they have declared war on the church of Scientology. Posting Campaign videos on YouTube which stated the following "For the good of your followers, for the good of mankind--for our own enjoyment--we shall expel you from the Internet and systematically dismantle the Church of Scientology in its present form. We acknowledge you as a serious opponent, and we are prepared." Hacking into the churches websites and shutting them down as well as recently releasing a video declaring February 10th 2008 a day of action, encouraging it's members and online followers to not only join them on their online assault but to join them in protest on the steps of the church of Scientology.

I expect this to be widely covered by the media seeing as this is the first â€œonline warâ€ declared against a religion.