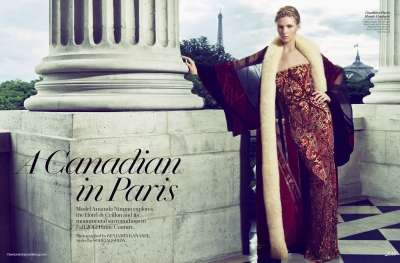 The Fashion Magazine 'A Canadian in Paris' Editorial is Elegant

From feathers and lace to an abundance of embellishment, the Fashion Magazine A Canadian in Paris editorial shines a light on glamour in the city of romance and style. From Elie Saab and Alexander Vauthier to Givenchy by Riccardo Tisci, Amanda is a vision in the most intricately crafted of gowns. Embracing in the excess of Haute Couture, this opulent editorial endorses the "more is more" style motto made famous by a slew of eccentric fashion heavyweights.