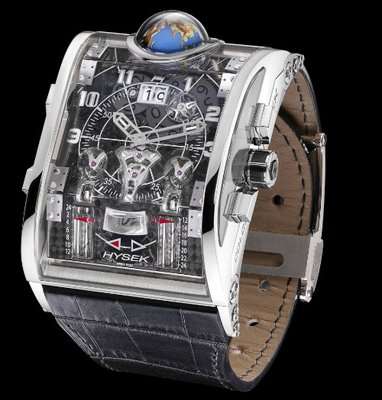 Hysek, the watch company says it is the most complex watch ever. The case is transparent just to make sure you don't miss all its bells and whistles and there's plenty of those - dials, gauges and even a rotating 12mm 3-D globe which turns once every 24 hours and can be set either to local or GMT. Watchismo described it as a "crystal pustule filled with a dimensional earth".

The Hysek Colosso is suitable for a Master of the Universe type who needs to know city times in several time zones and who has a spare half a million dollars.
5.8
Score
Popularity
Activity
Freshness
Get the 2021 Trend Report FREE