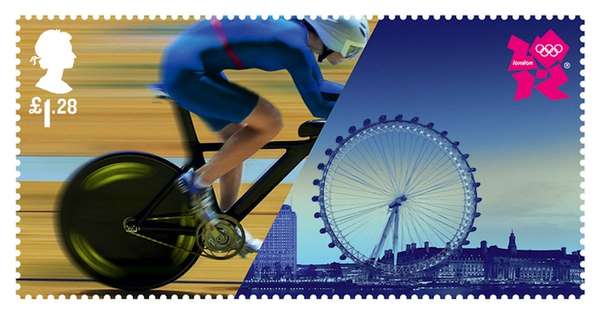 Meghan Young — August 4, 2012 — Lifestyle
References: hat-trickdesign & mymodernmet
To celebrate the biggest sporting event of the year, a collection of four Royal Mail 2012 Olympic Stamps have been created. Excitingly modern, the images featured on each stamp juxtapose an athlete with a particular London landmark. For instance, the wheel of one cyclist's bike is depicted as the famous London Eye while the Tower Bridge becomes the extension of a fencer's sword.

Designed by London-based studio Hat-Trick, the 2012 Olympic Stamps took about 15 months to create from start to finish. According to the design firm, "The pictured athletes are all elite members of the GB teams so they are all due to compete. We had to make sure that they are not recognizable individually as it was important that these are not just GB specific, but rather about the sports themselves."
2.1
Score
Popularity
Activity
Freshness