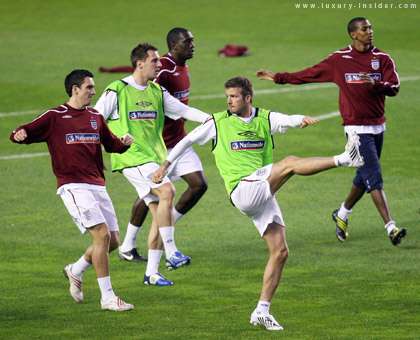 The 2010 World Cup England team is made up of some of the world’s highest paid footballers—so of course, they would expect no less than a £12,000,000 complex (rougly $19,500,000). The property, known as the Royal Bafokeng Sports Campus, sprawls 133 acres and includes private balconies, swimming pools (three, to be exact), jacuzzis, lounges, gyms, an athletic track, and four grass and four artificial football turfs.

There is even a 26-acre private safari for the players in case they want to wind down from a long day of training by observing and photographing wild animals.
2.8
Score
Popularity
Activity
Freshness
Access Advisory Services

Underground Stadiums
The Wall for 2018 World Cup in Qatar