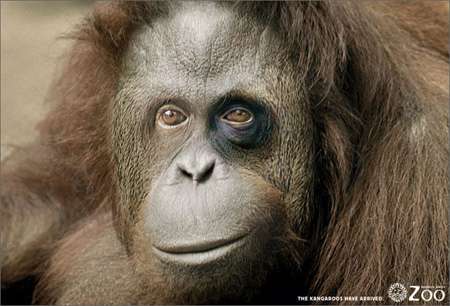 Here we present you with 10 print ads from four of their recent campaigns.

The first two ads are from "The kangaroos have arrived" campaign. The ads playfully announce the arrival of the kangaroos by showing other animals with black eyes that they supposedly received from the boxing-happy kangaroos.

The next three ads show different animals yawning to promote the fact that, "Now we also open at night.”

And in order to encourage people to visit the zoo and see the real deal, the zoo released three ads that show a real animal next to a stuffed toy in its image. The ads show you that you can, "Get much more for much less,” by listing the price of the stuffed toy compared to the zoo entry fee, which is much less."

Finally, as a celebration of its 115 anniversary, the zoo released these two ads that show really old and wrinkled elephant and monkey.