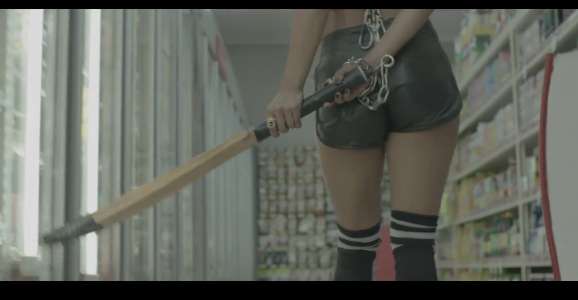 Riding on the undying excitement of zombie-themed everything, the Australian phone company knows that a memorable ad campaign is a vital step in getting your brand noticed and stuck in the minds of today’s youth. Full of guts, gore and women in minimal clothing, there is plenty of action in this short film featuring two vixens who are going on a typical shopping venture during your everyday zombie apocalypse while the psychedelic sounds of The Monkeys plays throughout.

Definitely a naughty take on the popular undead theme, Boost Mobile features its product as a fun accessory to take on a zombie killing action spree.