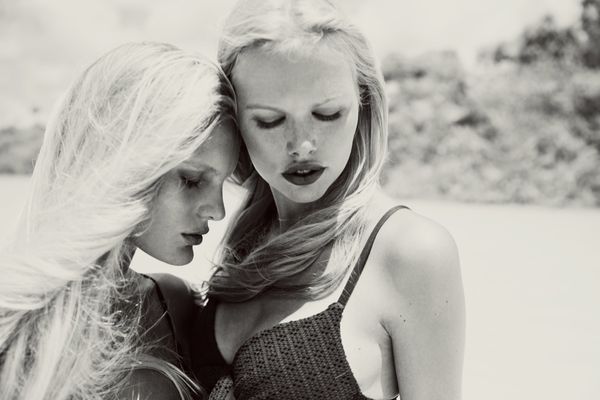 Meghan Young — May 22, 2014 — Fashion
References: wildfoxcouture & fashiongonerogue
Share on Facebook Share on Twitter Share on LinkedIn Share on Pinterest
The Wildfox Couture Swim 2014 lookbook stars pro surfer turned model Hanalei Reponty. After appearing in the brand's Spring 2014 lookbook as well as Free People's recent May 2014 lookbook, it appears that she may become a go-to for summer fashion shoots at the beach since she has the mermaid look down pat.

Starring alongside model Emma Stern Nielsen, the two blonde beauties were shot on location by photographer Mark Hunter. The Wildfox Couture Swim 2014 lookbook is full of sensual and fierce poses that really accentuate the feminine appeal of the bikinis put on display. There is also a youthfulness to them in the form of cartoonish graphics and more. Overall, there are a range of styles showcased.
6.8
Score
Popularity
Activity
Freshness
Get Trend Hunter Dashboard