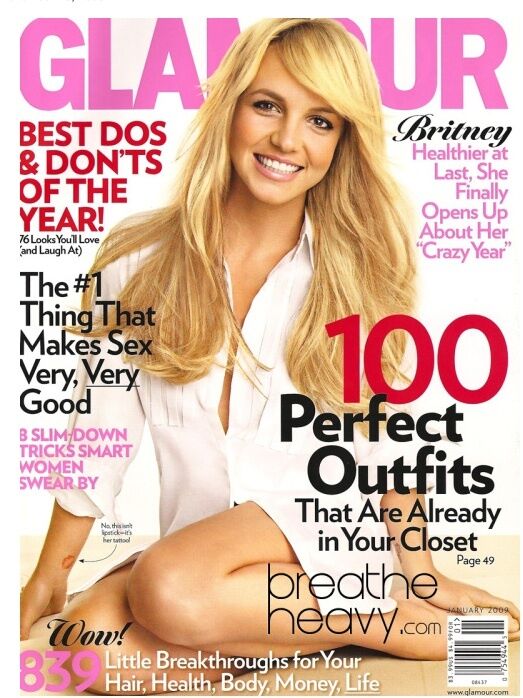 Photographer Patrick Demarchelier truly captured a side of Britney we don’t see when she’s performing on stage or out in the spotlight. Even though she’s wearing a sexy button-down Richard Nicoll shirt on the cover (and inside), due to the stylish granny-like panties, she still looks classy.

Inside photos of Britney Spears in Glamour Magazine’s January 2009 issue, feature her sporting modest clothing while maintaining subtle sexuality at the same time.

Aside from the fairy princess-style dress or blouse alone with panties, they are looks Britney could take to the outside world. She shines and looks vibrant in Paige denim jeans and a white Agnona sweater, and the same in a long black cocktail dress.

In her interview with Glamour Magazine, when asked, “What do you plan to teach your boys about how to treat women?” Spears replied, “Hopefully they will respect me by the way I carry myself, and in doing that, they will know how to respect other women.”

For her sake and the sake of her children, I hope Britney is able to carry herself better from here on out, and that her “trainwrecktastic” days are over.
2.5
Score
Popularity
Activity
Freshness
Attend Future Festival