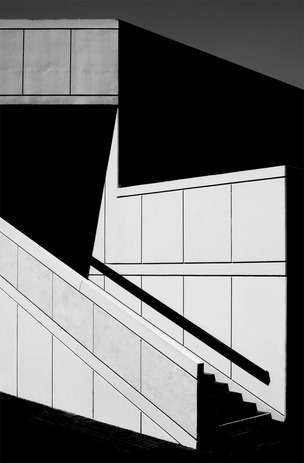 Michael Hemsworth — March 29, 2013 — Tech
References: cope1 & coolhunting
It might not be standard practice to pay attention to the unspoken silhoutettes of our urban environments and that's a topic explored in Whitewash by Nicholas Alan Cope. The feature photography book is focused on southern California, but is captured and displayed in a monochromatic scheme that's quite different from how the state is usually depicted.

Cope uses the play of sunlight to accurately capture only what's the whitest and brightest and darkest and lowest. The photo series makes the landscape seem all that much simpler; instead of focusing on certain colors in particular, the eye simply notices the subtle nuances that come out only when an image is brought down to it's most basic of color scales.