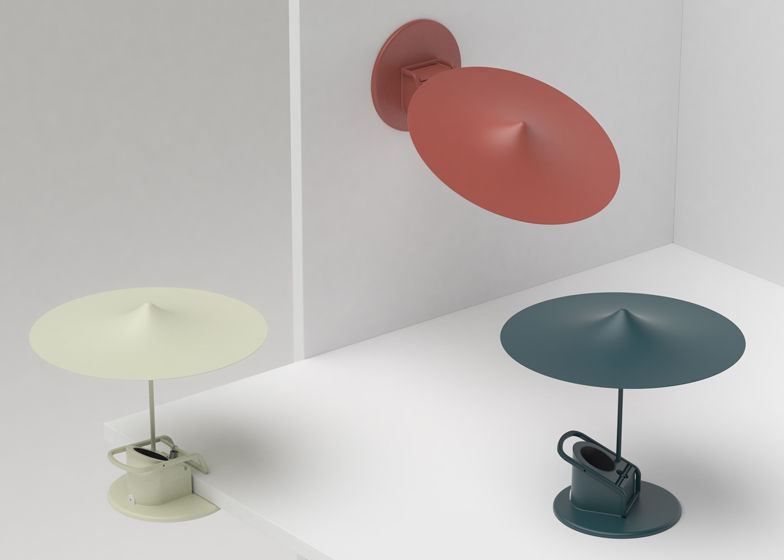 W153 Light Can Clipped, But It's Also Effective as a Freestanding Table Lamp

Amelia Roblin — February 4, 2015 — Art & Design
References: ingasempe.fr & dezeen
There's a reason why this whimsical clamp lamp appears to take on an approachable and engaging form, and that's because the designer treated her project like more than an inanimate object. Inga Sempé remembers a fondness for the utility of hardware store clamping lights, and hoped here to create a fresh collection in which they would be more animatedly expressed.

Instead of assuming a modest form, this W153 has a broad and exaggerated lampshade that's a slightly piquing discus. The base has been composed with some unexpected complexity, which actually makes the adaptable fixture all the more functional. The foundation is wide and round, enabling this whimsical clamp lamp to be placed easily on a table, and it also houses a hole that can be used as a tiny cubby or a pen holder.
1.9
Score
Popularity
Activity
Freshness