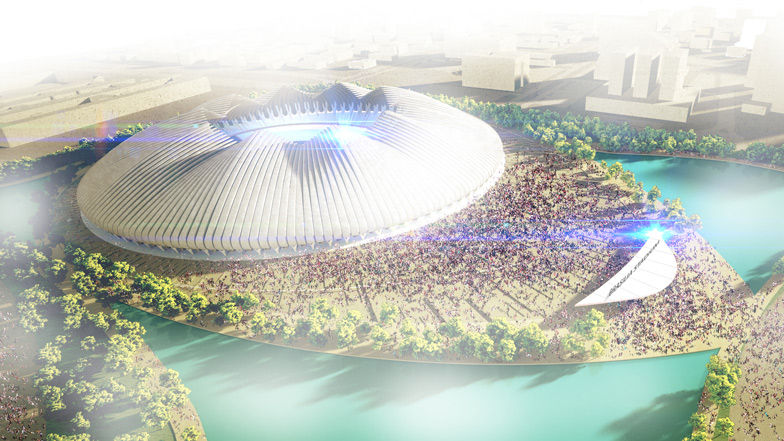 Weston Williamson Designs an Arena with a Responsive Roof

Michael Hines — September 26, 2013 — Lifestyle
References: westonwilliamson & dezeen
Weston Williamson has created an amazing stadium concept that has a roof that can best be described as "alive." The stadium was created for the Brasilia Athletics Stadium Competition in connection with the 2016 Rio Olympic Games. The "alive" portion of the stadium comes in the form of its roof, which would is made up of individual sections that respond to changes in wind and light.

As the light and wind shift, so to would the roof of this stadium. In addition to having a roof that responds to nature, the Weston Williamson stadium concept also features natural ways to stay cool. It would be built on a raised wooden platform surrounded by trees and small pools of water. The trees and wooden platform would provide shade while the water would help absorb heat. The Weston Williamson design is only a concept, but it could very well be a preview into the stadium of tomorrow.
1.6
Score
Popularity
Activity
Freshness