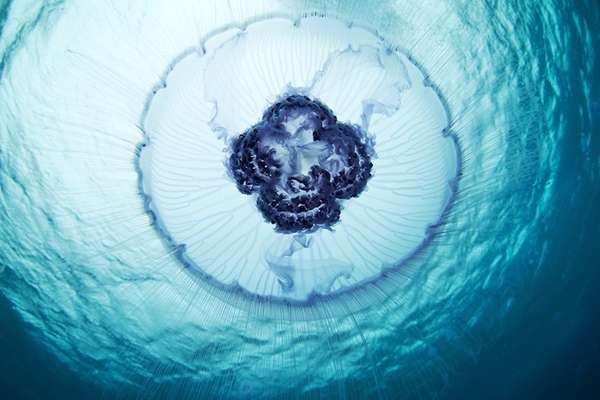 Meghan Young — May 26, 2012 — Fashion
References: clione.ru & mymodernmet
Photographer Alexander Semenov is at it again with his Weird Sea photo series. Instead of being captured against a predominantly black albeit underwater backdrop, he has dived into the Red Sea to photograph these electrifying jellyfish in their natural environment. The blue and turquoise water brings out the vibrant colors of his transparent subjects in the Weird Sea photo series.

The Weird Sea project was captured over the course of ten days, all of which yielded perfect conditions to capture these crisp images. Through this photo series and the previous ones before it, Semenov strives to familiarize these foreign creatures with the general public. He writes, "They have appeared on our planet long before us, but now for us they look like an alien race, not the typical representatives of the animal world.”
2.4
Score
Popularity
Activity
Freshness