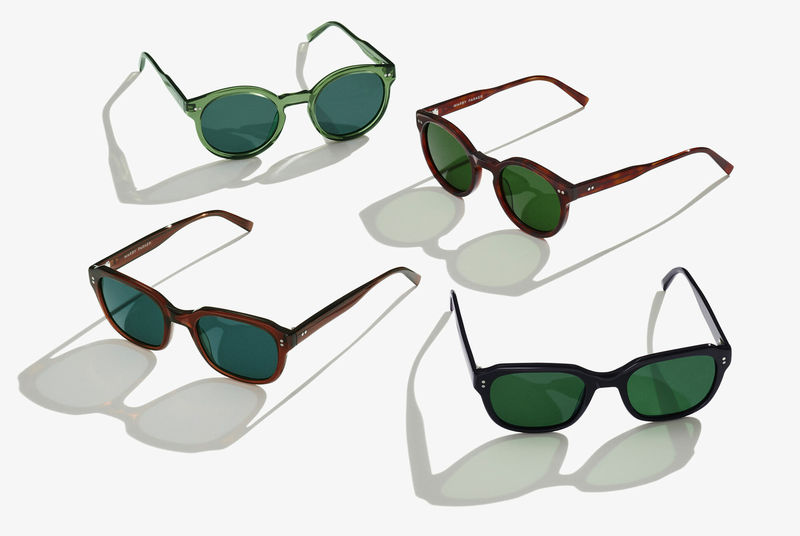 Michael Hemsworth — July 24, 2019 — Fashion
References: warbyparker & gearpatrol
Share on Facebook Share on Twitter Share on LinkedIn Share on Pinterest
Premium eyewear styles are usually associated with a high price tag, but the Warby Parker x Geoff McFetridge sunglasses have been designed to change this. Priced at just $95 a pair or $175 with prescription lenses, the sunglasses come in two model options including the Edgemont and the Atwater with the former named after McFetridge's hometown and the latter after his Los Angeles workplace neighborhood.

The sunglasses come in several demure color options and also support LA-Más, which is an LA-based group that seeks to support underserved communities through architecture and policy changes.

The inspiration behind the Warby Parker x Geoff McFetridge sunglasses was explained by McFetridge who said, "These sunglasses reflect some of the frames I have owned and worn over the years — specifically, a pair bought in a vintage store in Paris and a pair of USA military issue. The idea for me was to create something super wearable, with subtle details that made it feel extra special. In the end, we designed two frames I’d want to wear every day."
6.1
Score
Popularity
Activity
Freshness
Jeremy Gutsche Keynote Speaker