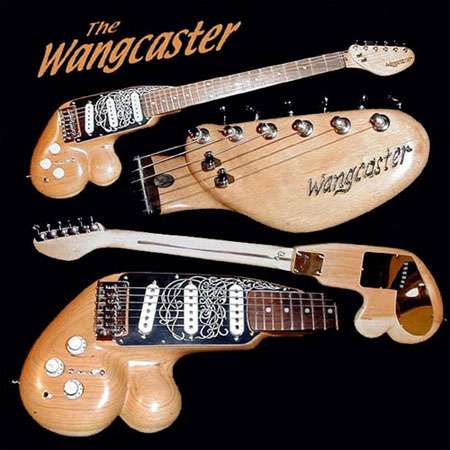 Thanks to Gus Curren of Vero Beach, Florida, you can forget about any indecent exposure charges and still rock out. Curren made his purchase online. "But when I took it apart it turned out the body was plywood," he says. "So I decided to have some fun. I made a new body out of Cherry wood, added some maple for a new headstock, made a new pickguard and... voila!"