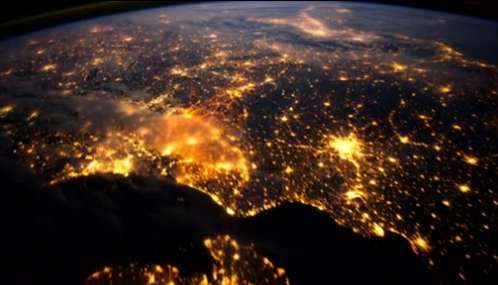 'Walking on Air' Shows the World from Up Above

Accompanied to the epic Howard Blake song 'Walking on Air,' the video unveils earth's beauty, flying across the globe to show mass images of places like the United Kingdom, Australia, North America and more. Viewers are able to witness what an intense thunderstorm looks like from space, along with shooting stars and blasting comets. The camera captures dazzling city lights while flying over astonishing auroras.

It show places such as the storms over Africa and Central Europe to the Middle East, which glisten with urban life. Take a trip around the world with Walking on Air and experience breathtaking views of the world you've never seen before.