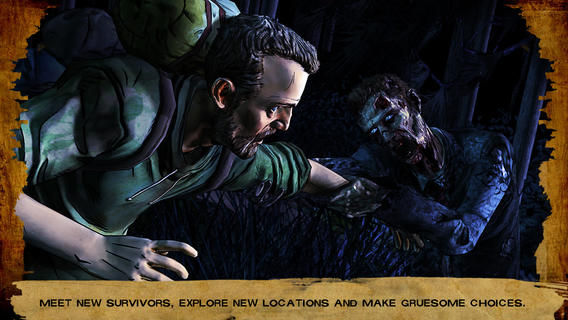 Laura McQuarrie — January 4, 2014 — Tech
References: itunes.apple & telltalegames
Season two of the Walking Dead app is a continuation of the highly successful game’s first season, which follows the story of characters who are living in the same universe as the TV characters from the zombie-infested world, just in a different location.

Like season one of the app, the gameplay is tailored based on the decisions of players, which include difficult choices like who to give the last of the food rations to, or who to save first in a situation that requires a snap decision, which will ultimately determine who lives and dies.

The decisions that players made in the first season of the Walking Dead game will be carried through and the game’s five episodes, which will be released periodically throughout 2014.
1.5
Score
Popularity
Activity
Freshness