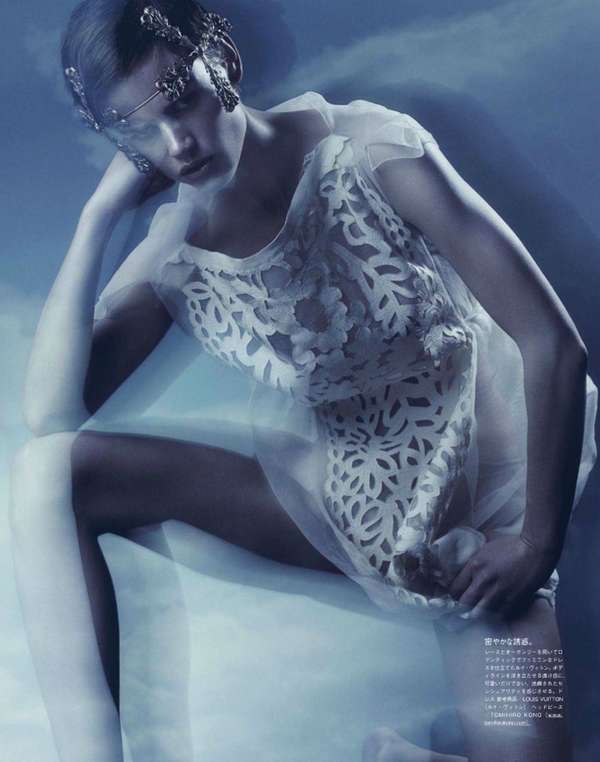 The Vogue Japan March 2012 Shoot is Haunting and Whimsical

Meghan Young — February 4, 2012 — Fashion
References: vogue.co.jp & fashiongonerogue
As angelic and ethereal as the Vogue Japan March 2012 editorial is, there is an angry undertone captured in the expression of one of the models. The other model, however, balances it out with a sense of serenity and poise that is lacking in her partner. It is as if the first has brought about the darkness while the second has inspired the mystical and whimsical mist.

The Vogue Japan March 2012 editorial was shot by photographer Solve Sundsbo. Starring Saskia de Brauw and Kinga Rajzak, this photo shoot is beautiful and haunting. With the help of stylist George Cortina, the fashion adds to the ambiance. He has selected a range of textured white spring designs from Givenchy, Chanel, Tom Ford and Alexander McQueen.
6.9
Score
Popularity
Activity
Freshness