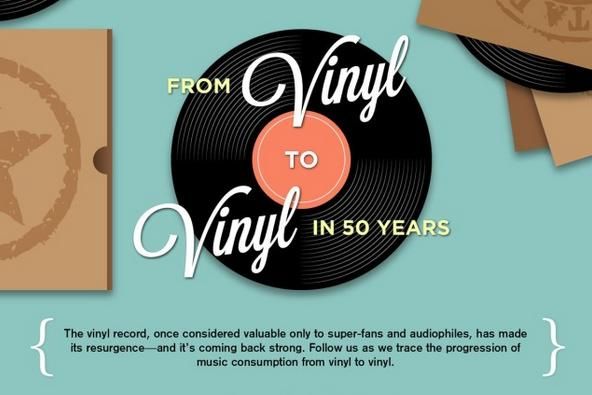 This Vinyl Infographic Shows That Analog is Making a Comeback

While over the course of the last half century, music playback devices have progressively continued to shrink, vinyl records have experienced a recent resurgence as many people come to choose the "fuller" listening experience of analog records over digital files. Such has been the rise of vinyl, that over 4.6 million vinyl records were sold in 2012, an increase of 17.7 per cent from 2011 -- a common upward pattern since 2007.

Tracing playback formats from the 1950s, the vinyl infographic also shows some interesting facts, like that the first pop record release was Frank Sinatra's The Voice of Frank Sinatra in 1948. While cassettes, CDs and then MP3s appeared on the market, vinyl still maintains a strong, loyal following up until this day.
1.4
Score
Popularity
Activity
Freshness
Access Advisory Services