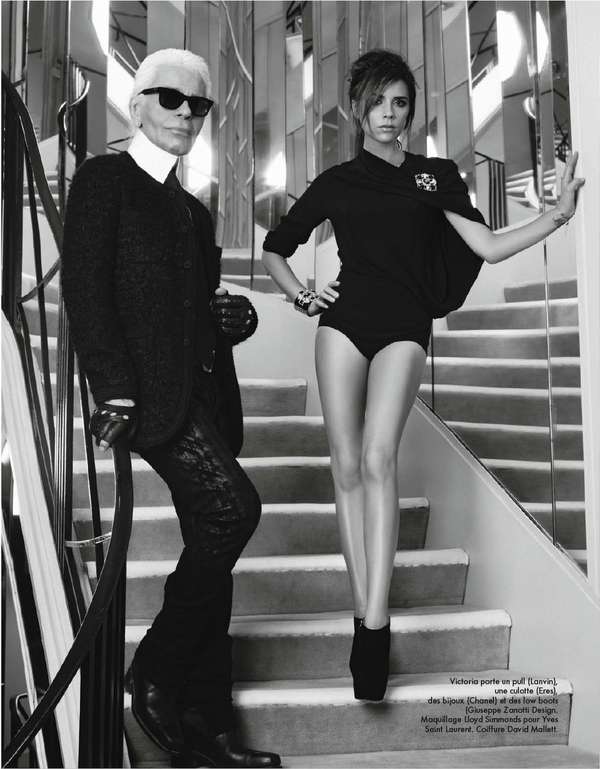 The infamous posh designer plays model in this stunning November 2012 editorial. Accompanied by the kaiser of fashion himself, this story is a monochromatic show of Beckham as part of fashion’s aristocracy. Stylist Hortense Manga puts together pieces that showcase the starlet’s iconic style of primly put-together separates that embody a tasteful, sensual allure.

Titled ‘La Reine Victoria,’ which is french for ‘Queen Victoria,’ the regal motifs bring the entire spread together with regal sets and a darkly demure energy. Lagerfeld connects with her must to portray her as the glamorous multi-talented dame that she is. The Victoria Beckham for Elle France does the starlet justice with its decadent portrayal.