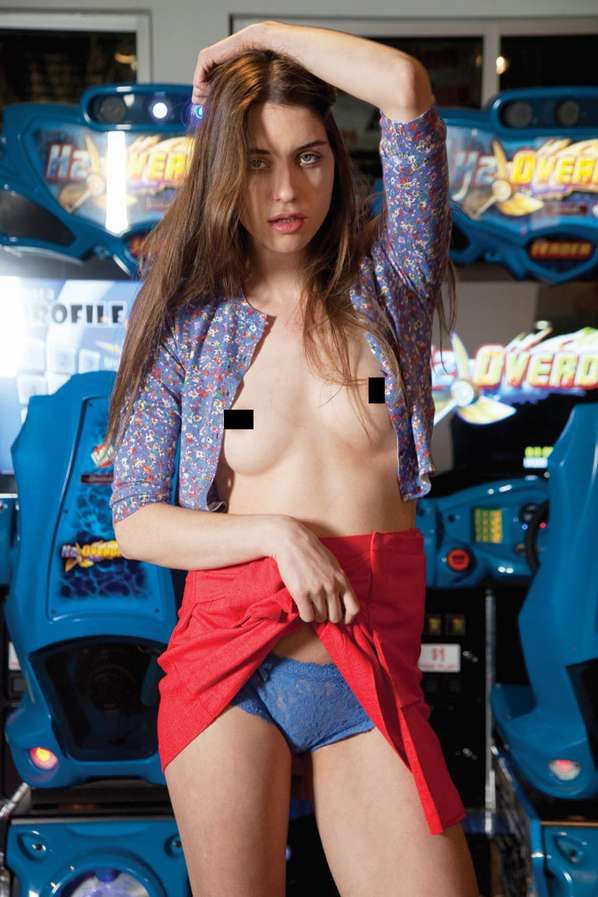 Peter Vallas — April 21, 2011 — Naughty
References: viceland & viceland
Share on Facebook Share on Twitter Share on LinkedIn Share on Pinterest
The latest Vice Magazine shoot goes back to a time when the hula hoop and roller skating nights were the thing to do. Vice Magazine decided to spice it up by featuring seductive models sporting little clothing and getting involved in some retro fun.

The Vice Magazine shoot was styled by Annette Lamothe-Ramos who incorporated a variety of different fashion designers for the three temptresses to wear. The mostly topless models show off designs by American Apparel, Doc Martens, Levi's, John Varatos and much more.

The setting for the shoot is an old-school arcade, which includes a roller-skating track, some video games, go-karts, an old diner and even a laser-tag arena. The three models in the Vice Magazine shoot by Richard Kern really know how to have fun.
6.7
Score
Popularity
Activity
Freshness
View Innovation Webinars