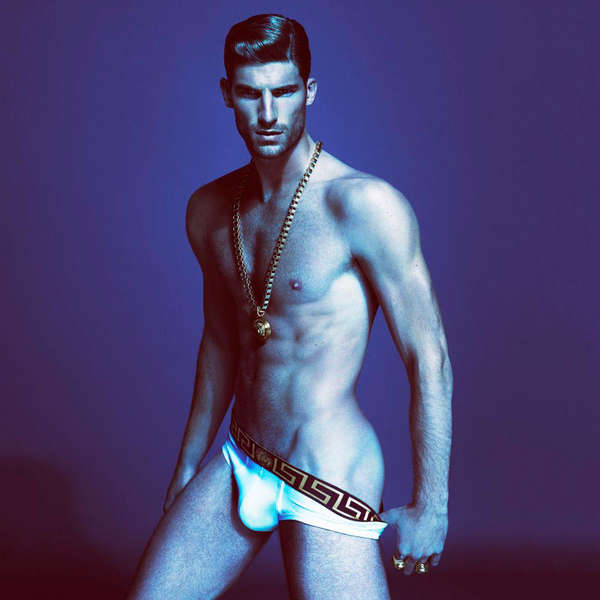 The 2013 line will introduce a new line of underwear & swimsuits that incorporate bold pops of gold and extremely low cuts that fit well with the design house's often eccentric style. Previously, Versace did produce many underwear & swimsuit items, but never to the extent of creating an entire collection on its own. The move comes as relatively unexpected, but it's no wonder considering the growing market for luxury mens wear, specifically in the undergarment industry.

The collection is modeled by Ryan Barrett, who will be the new face of the entire campaign that will be hitting stores early in the new year.
5.5
Score
Popularity
Activity
Freshness