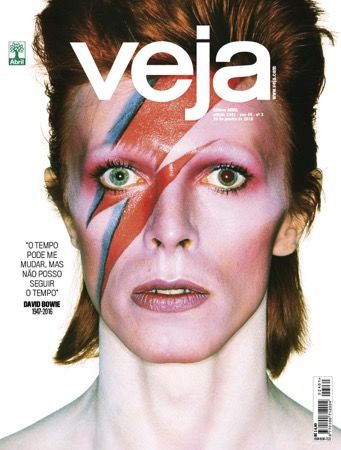 Christopher Magsambol — January 23, 2016 — Pop Culture
References: creativity-online & creativity-online
Share on Facebook Share on Twitter Share on LinkedIn Share on Pinterest
Tasked with paying homage to David Bowie, one of the most influential entertainers of this generation, Brazilian magazine 'Veja' did something it has never done in its 48 year history -- print 12 different covers of the same issue. For Rafael Costa, Veja's art director, the moment warranted the unique editorial decision, honoring a once-in-a-lifetime personality like Bowie.

Each cover is a portrait of the iconic singer in varying personas and styles, with a song lyric quoted from the same era. Apart from Bowie's dates of birth and death, no other words or images were used on the cover. The bold move proved to be a success for Costa, who has been entrusted with a visual makeover of the aging publication. The staggering 12 cover issue gained international attention, appearing in stories across American and European news agencies.
4
Score
Popularity
Activity
Freshness
View Innovation Webinars