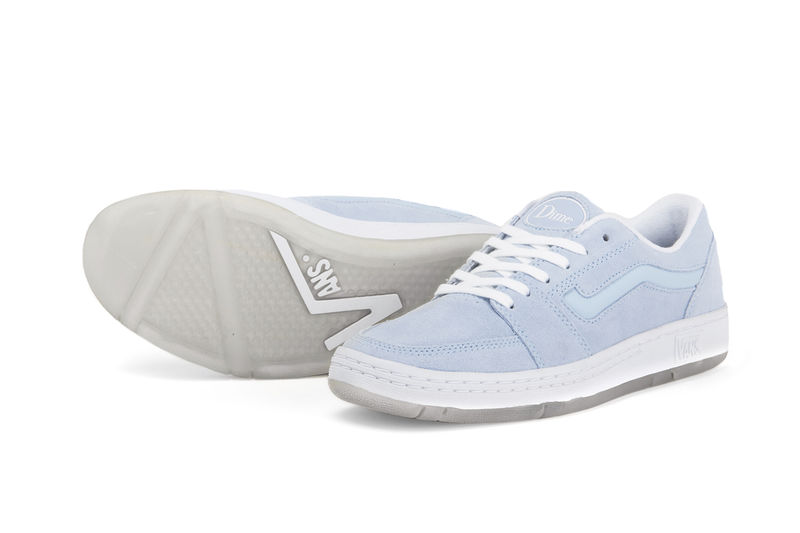 This Sleek New Vans Collection Was Made with Help from Dime

Riley von Niessen — September 12, 2016 — Fashion
References: vans & highsnobiety
In an effort with Dime, a new Vans collection was released to the public. It's reported the sneakers were designed in celebration of a former model from the pair, the 'Slip-On Pro.'

To ensure that consumers are aware of the partnership, Vans and Dime include both of its labels on the sneakers, however despite doing so, also maintains a minimalist aesthetic throughout the entire selection. Two of the releases adapt the 'Old Skool Pro' model, whereas the third that's available adapts the 'Fairlane.'

Each of the sneakers from the Dime and Vans collection carries a colorway that's complementary to the other, with the former two marked by a deep navy and a white upper, while the latter carries a hue dubbed 'Dream Blue' on the material.
2.4
Score
Popularity
Activity
Freshness