30 Gifts for Architects
Next
Set of
Related
Ideas 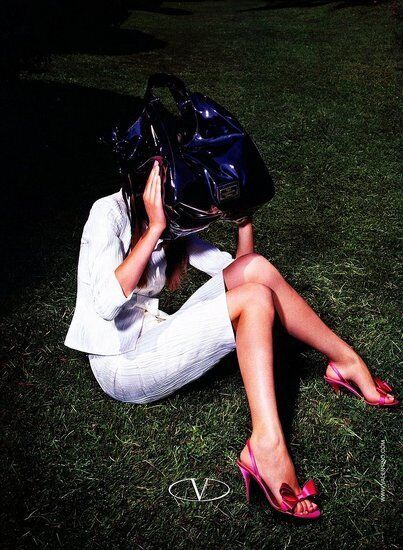 Recently, big fashion designers have, in addition to using super models, been using celebrities in their campaigns. The famous face was the selling feature. Is this Valentino's way of rebelling against the inclination to use media icons in their campaigns? The intention of models was originally to display clothing. The reason for their height and slender builds was to make clothing appear as though it were hanging on a coat rack as she sashed down the runway. Today, fashion has become all about the woman in the clothing. No wonder self-esteem issues have arisen.

No matter how many Balenciaga dresses or Pepe jeans woman slink themselves into, nothing will make their faces look like Jennifer Connellly or Sienna Miller.

Maybe Valentino is going back to the route of fashion. Perhaps he intended to use models to display the clothes anyone can wear, and not just apparel that makes stars shine.

"I think one of the key pieces that we were striving for with this campaign was to make the Valentino woman feel more grounded, still stylized but not totally untouchable," Raul Martinez, CEO and executive creative director at AR said. "You still feel the glamour that is the Valentino brand, but it's done in a more contemporary way."

On the other hand, he could have been trying to save a few grand on makeup artists... and airbrushing costs. He used former 1990s super models Amber Valletta and Shalom Harlow.

The campaign will appear in the February issue of Vanity Fair.