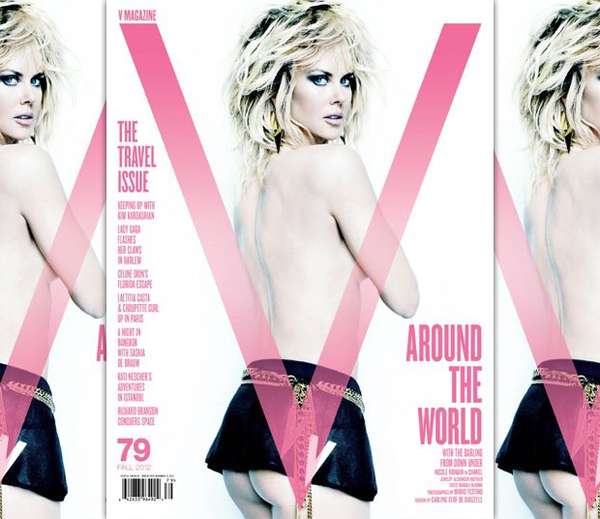 Meghan Young — August 23, 2012 — Naughty
References: vmagazine & fashionising
Share on Facebook Share on Twitter Share on LinkedIn Share on Pinterest
Australian actress Nicole Kidman shows off her sexy side, which in this case involves her backside, for the cover of the V Magazine Fall 2012 issue. A daring image to say the very least, she appears to channel her latest character, Charlotte Bless, from 'The Paperboy.' A seducing older woman, it is no wonder she has a little romp in the hay with co-star Zac Efron by the looks of this teasing image. Or perhaps she is still in character for 'The Nymphomaniac,' which she is currently filming.

The V Magazine Fall 2012 cover was shot by famed photographer Mario Testino. Despite its raunchiness, there is also a tastefulness that only he would manage to obtain.
2.6
Score
Popularity
Activity
Freshness
Jeremy Gutsche Keynote Speaker

Diamond-Dotted Timepieces
The OMEGA Ladymatic is a Girls-Only Exclusive