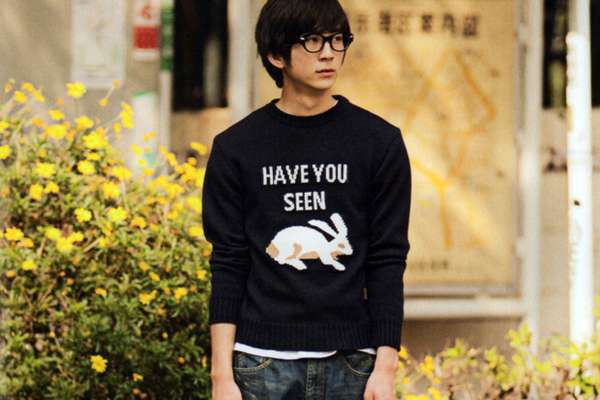 Matt Ho — July 4, 2011 — Fashion
References: ursusbape & hypebeast
Don't expect to see too many of A Bathing Ape's signature eccentric colors within the URSUS BAPE 2011 FW Collection -- instead, expect something even better.

I'm actually really enjoying the direction that A Bathing Ape has taken this year with its products, as well as the brand's side projects with other brands. The URSUS BAPE 2011 FW Collection proves why the Japanese company remains as one of the most dominant fashion powerhouses in the world. This series shows off a wide variety of knitted tops, tees and sweaters with just simple typography. There's also several types of footwear which include canvas sneakers and trekking boots. The majority of the clothes are very clean and simple, proving the idea that "less is more" works out incredibly well for the brand.
5.9
Score
Popularity
Activity
Freshness