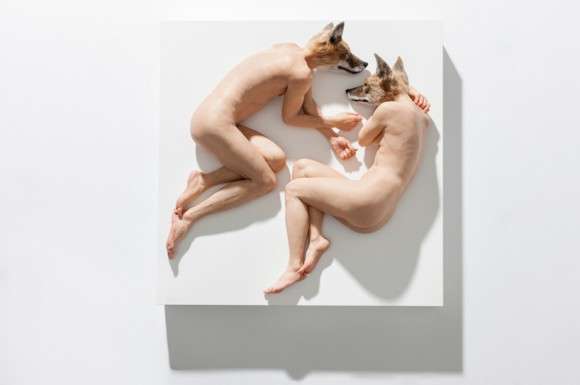 Unsettled Dogs by Sam Jinks is Disconcerting and Vulnerable

Meghan Young — February 7, 2013 — Art & Design
References: samjinks & whitezine
Share on Facebook Share on Twitter Share on LinkedIn Share on Pinterest
The Unsettled Dogs sculpture will surely unsettle onlookers. It is a realistic rendition of a pair of humanimals. A hybrid between a dog and a human, the two creatures lying in the fetal posotion on the stark white pedestal at the art stage Singapore are quite the sight. Although some people would respond with fear to such an unknown species, the vulnerability depicted in the Unsettled Dogs sculpture will inspire empathy in others.

Created by artist Sam Jinks, who is known for his hyperrealistic artworks, the Unsettled Dogs sculptures appears to be a continuation of his Doghead sculpture. Nevertheless, being paired up this time creates a stronger connection between the sculpture and onlooker since they don't seem as feral.
3.7
Score
Popularity
Activity
Freshness
Get Trend Hunter Dashboard

Golf Athlete Mini-Series
The Series 'A Round with Tiger: Celebrity Playing Lessons' is Now Live