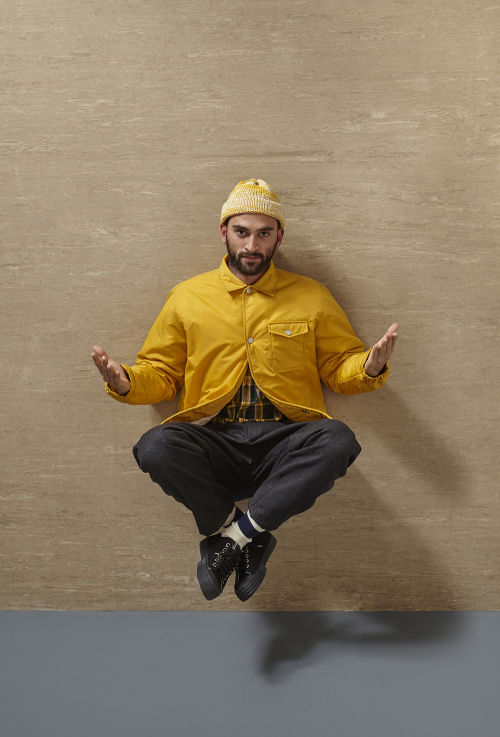 The New Universal Works Collection Was Promoted with an Odd Editorial

In an effort to bring more attention to the high-end looks that comprise the collection, the brand lensed a rather obscure editorial. Throughout the images, male muses pose in stop-motion fashion against a wall, making it look as through they were in the middle of performing some strange athletic feat. These poses vary, however one shot that especially stands out shows a man seemingly suspended in midair with his legs crossed, as he models an ensemble of bright yellow rain gear.

Another image within the Universal Works editorial shows a man posing with his back on the ground with his feet and hands in the air, which makes it look as though he's just fallen backwards from a great height. As the apparel within the collection is rather simplistic, the brand's use of creative imagery is important in that it helps to captivate consumers.
4.4
Score
Popularity
Activity
Freshness
Attend Future Festival Virtual