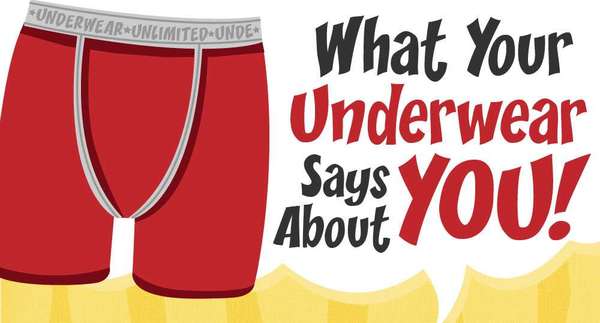 They always say that you should never wear underwear that you wouldn't be caught dead in and maybe they're right. In the What Your Underwear Says About You infographic, common men's underwear styles are deconstructed and analyzed to illustrate what each look represents. However, the styles are not the only deciding factor. Paired with different colors, patterns and brands, the chart goes as far as prescribing personality traits that are associated with these designs with Homer Simpson being one of them. Though some may deny that the analysis does not dictate their character, changing underwear at this point would be futile though, since you've literally already grown into them.
6.9
Score
Popularity
Activity
Freshness