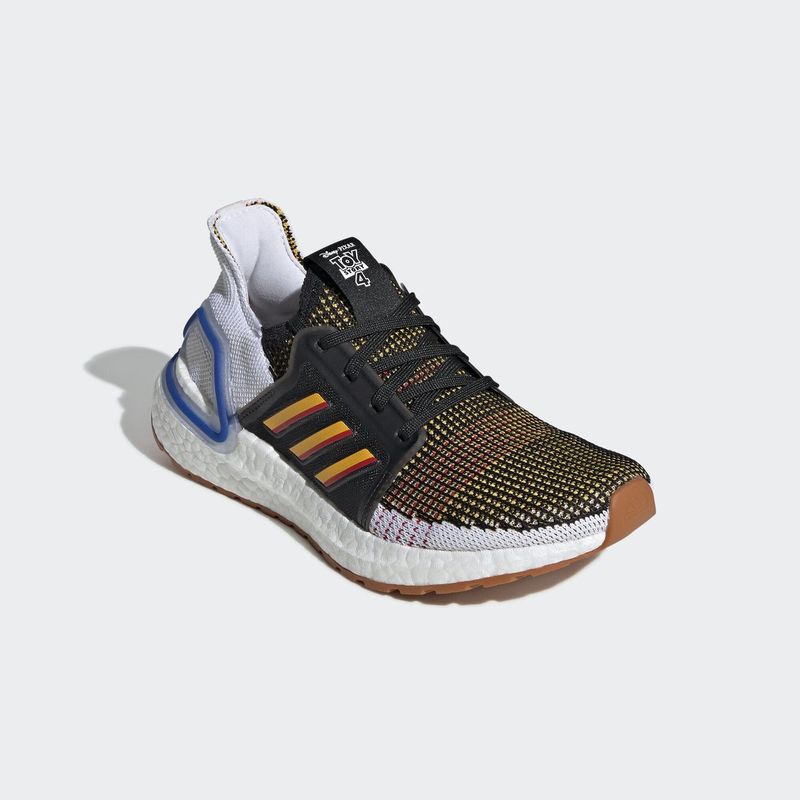 Toy Story is the Latest Theme Adorning the UltraBOOST 19 Sneakers

Amy Duong — May 20, 2019 — Fashion
References: twitter & hypebeast
Toy Story 4 is the most recent highly anticipated film and adidas celebrates the upcoming Pixar movie with some themed UltraBOOST 19 sneakers. The iconic running silhouette arrives in colorways that celebrate characters including Buzz Lightyear and Woody.

The Woody sneaker is adorned in hues reminiscent of the character, infusing hues of black, red, and yellow throughout the Primeknit uppers before accented with a bright Three Stripes on the side. The colors reference Woody's bandana and a checkered shirt, with blue at the heel recalling his denim pants, resting on a gum outsole that refers to his cowboy boots. There is also embroidery at the tongue tabs that read "Disney Pixar Toy Story 4." The Buzz Lightyear iteration arrives in neon green, white, and purple, which directly nods to his bright spacesuit and his character adorns the insoles.
7.8
Score
Popularity
Activity
Freshness