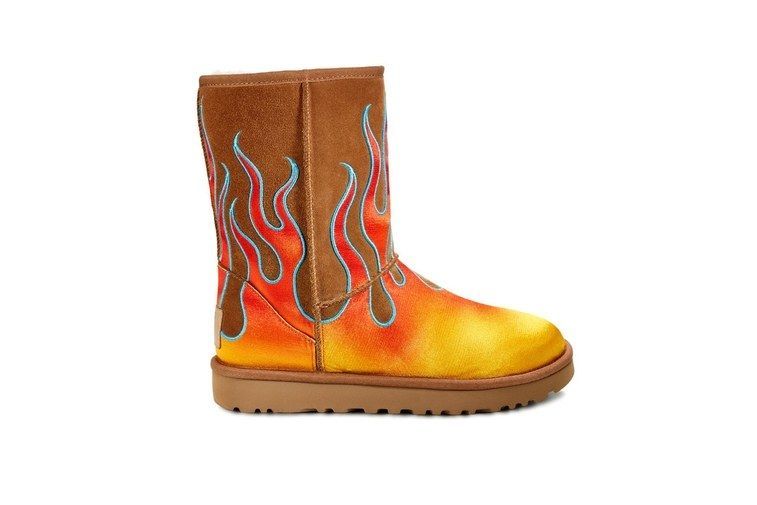 As the Creative Director of Moschino, Scott is well-known for his artful designs that are heavy on vibrant colorways and eye-catching patterns. Due to Scott's unique embellishments on the iconic suede boots, they're pricier than Ugg's average releases, with pairs running in between $90 and $1,195 USD.

Although not all of the designs that will make up the Ugg and Jeremy Scott collaborative line have been revealed as of yet, images have been released of a pair of beige boots that feature bold flames on the uppers, and another that shows black boots that are covered in beads and rhinestones to create floral patterns.
3.3
Score
Popularity
Activity
Freshness
Get the 2021 Trend Report FREE