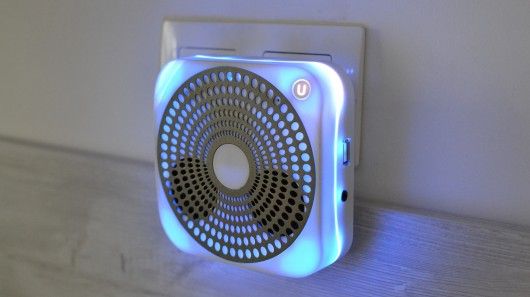 Rahul Kalvapalle — October 17, 2014 — Tech
References: blog.theubi & gizmag
The Ubi computer is a peculiar and futuristic computer that doesn't use a keyboard or mouse and doesn't even have a monitor, but rather interacts with its user via natural conversations, similar to the way iPhone users might interact with Siri. The box plugs directly into a wall outlet and can be connected a home network over WiFi. It has two microphones and small stereo speakers, and figures out what you want to do from cloud-based resources.

The computer was made with the intention of making human-computer interactions more seamless and natural.

The Ubi computer can be purchased directly from the Unified Computer Intelligence Corporation for just $299. The computer is still in an early stage of its life cycle, with its developers set to introduce plenty of new hardware and updates.
3.3
Score
Popularity
Activity
Freshness