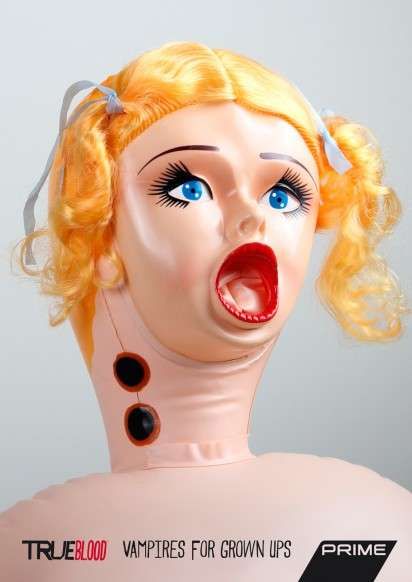 Meghan Young — August 21, 2012 — Naughty
References: draftfcb & ibelieveinadv
Share on Facebook Share on Twitter Share on LinkedIn Share on Pinterest
The True Blood campaign is exactly what would be expected for such a provocative show. It revolves around a tweaked blow up doll. In addition to the typical orifices found on these sex toys, this particular one sports two others. These two are a clever play on the iconic vampire bites often left on people's necks. With the tag line, "Vampires for grown ups," the ad campaign is clearly marking its demographic boundaries in a creatively titillating way.

Conceived and executed by DraftFCB, Auckland, New Zealand, the True Blood campaign was creative directed by Regan Grafton with photography by Nick Smith and post-production by Helen North. Although it can be considered one of the more daring print ads for the hit HBO show, it is in line with its audience.
2.9
Score
Popularity
Activity
Freshness
Access Advisory Services