Reality Show With All Male Town
Next
Set of
Related
Ideas 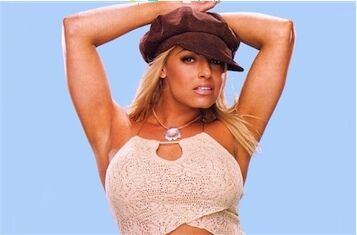 Trish Stratus on the Stratusphere

Whether its "glima wrestling in Iceland, muay thai boxing in Thailand, reindeer racing in Norway or paragliding in the Himalayas," Trish will do it all.

After traveling for years for work, she actually wants to be able to see the world, rather than just pass through it.

"People would ask me what it was like to go to a certain place, and I'd say, 'Well, I know about the Hilton and the arena,'" Trish Stratus said. "And no offence, but arenas are all kind of the same.

"I always struggled with the question, 'What's your favourite place to perform in?' So I'd have to say, 'Well, my favourite time was when I wrestled here,' but it was mostly because of the match, not necessarily the place."

In keeping with her WWE brand, Trish Stratus doesn't just travel to these places; she performs difficult physical challenges in each.