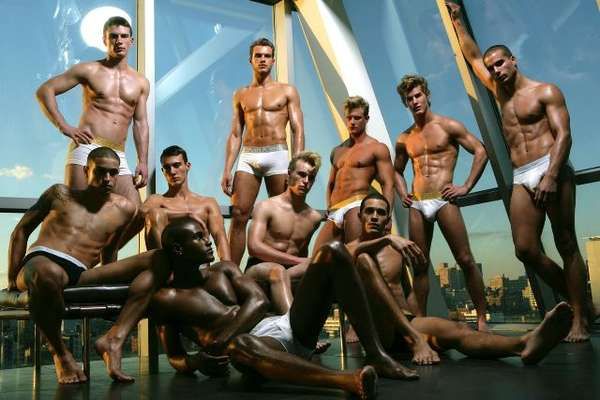 mediterranean — February 9, 2008 — Fashion
References: joeoppedisano & towleroad
Share on Facebook Share on Twitter Share on LinkedIn Share on Pinterest
Calvin Klein, ‘the man who made underwear fashion’ is celebrated in Italian fashion publication Collezioni Magazine with a spread by photographer Joe Oppedisano who says, “It’s not really a fashion spread as much as it is a special celebration of Calvin Klein’s 25th anniversary as the man who made underwear fashion. Before that there was no such thing as designer underwear, and when he launched, it really turned fashion upside down. The ads were incredible, and the billboard of Jeff Aquilon by Bruce Weber in Times Square revolutionized fashion and liberated and brought sex right into everyone’s home. (and male beauty, which before was hidden by suits).”

However, Klein needs to get creative with his upcoming campaigns if he wants to keep his lead; Armani is using ‘Golden Balls’ David Beckham to promote his new line to great effect. According to new reports (Telegraph, 7 Feb) London stores received an incredible 150% “rise” in sales just in the first day alone after the ads were placed. Check out our Trend Hunter report of these ads: