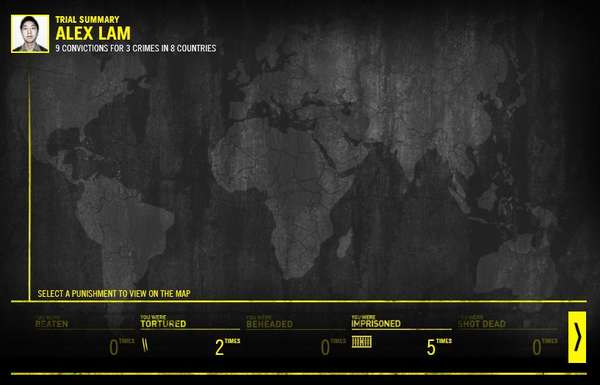 The Trial by Timeline Analyzes Facebook to Reveal Your Crimes

Alexander Lam — June 24, 2013 — Social Good
References: trialbytimeline.org.nz & theverge
To raise awareness for oppressive regimes around the world, Amnesty International commissioned the ‘Trial by Timeline’ Campaign. Trial by Timeline is an online app that analyzes your Facebook profile in order to find evidence that would incriminate you in more restrictive parts of the world.

The campaign was developed by New Zealand ad agency BBDO. Since New Zealand was recently named one of the freest countries on Earth, the agency wanted to show citizens what it’s like for people in less fortunate parts of the world.