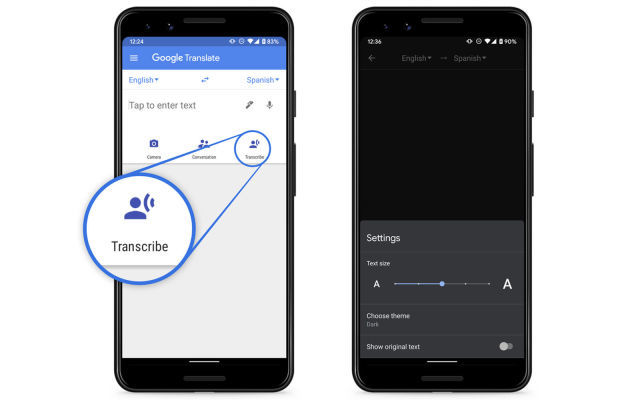 The Google Translate Transcription Mode is Available for Android

Daniel Johnson — March 18, 2020 — Tech
References: blog.google & engadget
Share on Facebook Share on Twitter Share on LinkedIn Share on Pinterest
The new Google Translate transcription mode has recently been released to Android devices. Transcription mode allows people to record a longer conversation, and then easily transcribe the conversation into text from another language. The feature will be rolled out to all Android devices during the course of this week. In total eight languages can be used including English, French, German, Hindi, Portuguese, Russian, Spanish, and Thai.

Google initially showcased the feature earlier this year, and it will only initially be released for Android devices. However, Google did indicate that it will be releasing an iOS version in the future.

Overall, the new capabilities will help people seamlessly communicate with other individuals who may not speak their language.