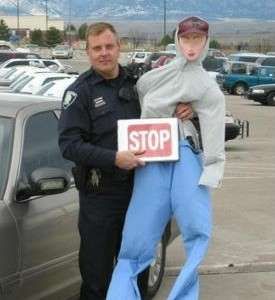 Ayman — February 24, 2008 — Autos
References: news.bbc & engadget
Share on Facebook Share on Twitter Share on LinkedIn Share on Pinterest
Traffic officers now have a new technology that will guarantee proper use of car-sharing lane privileges. A new camera, developed at Loughborough University, can see how many people are in a car by detecting water and blood content. Drivers often trick police and cameras with dummies or large dogs to allow them to use lanes reserved for cars with many passengers.

For example, in Birmingham, UK - on the A47 Heartlands spine road - only cars carrying at least two people are allowed to join motorbikes and cycles in using the lane, in a bid to ease congestion into the city centre.

The inventor of the camera, Professor John Tyrer, believes the camera can be used to reduce congestion.

"It allows you to automatically count people. That means you can sort out the congestion on the roads; now the lanes now actually work properly," he said. "That pools through to the congestion charging so they can charge differently or reduce the rates dramatically if you've got more people in the cars, and the same with car parking."