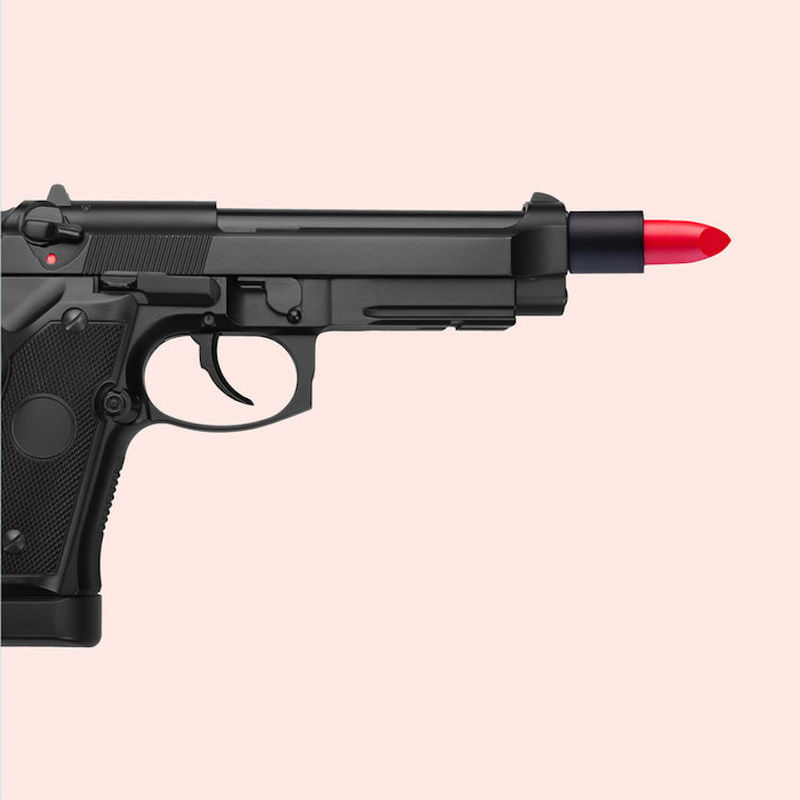 Riley von Niessen — January 26, 2017 — Art & Design
References: tomlefrench & fubiz.net
Share on Facebook Share on Twitter Share on LinkedIn Share on Pinterest
A French art director who's currently based out of London, Tom le French is well known for his award-winning promotional work that he did for Beats by Dr. Dre back in 2014. For another project, he made a series of conceptual wine bottles, which imagined major brands and even Daft Punk as their own type of wine.

More recently, the creative combined cosmetics, high heeled shoes, perfume and other feminine items with various kinds of weapons. In one of the graphic images, a gun is shown with an exposed tube of bright red lipstick coming out of the barrel. Another imagines Chanel perfume as a lethal grenade.

With this project, Tom le French drives a message that surrounds feminine power, as he takes items that are conventionally used by women and transforms them into things that can kill.
5.7
Score
Popularity
Activity
Freshness
Get Trend Hunter Dashboard