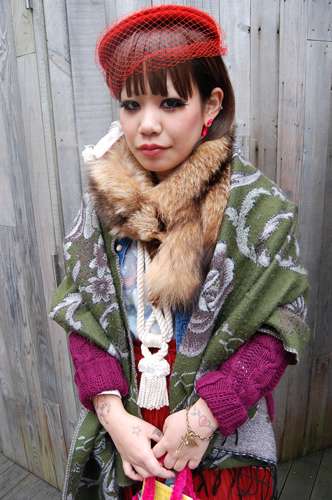 Bianca — December 17, 2009 — Luxury
References: dropsnap.jp & style
It used to be that when I saw couture items on the runway, I’d wonder what the point was, thinking no one would actually wear them… that was before Lady Gaga was on the scene, and before I became aware that Tokyo hipsters love over-the-top street couture and exceptionally bold fashion.

The gallery above shows a sampling of Tokyo hipsters on DropSnap, offering a glimpse into the extravagant attire women of Tokyo wear in public.

Women and men in Asia have been more daring with their styling for a while—only recently have westerners begun to play with sartorial eccentricities. Could over-the-top street couture make its way over here as well, or will we have to rely on ogling pictures of Tokyo hipsters in photoblogs?
6.2
Score
Popularity
Activity
Freshness