Top 30 Home Trends in February
Next
Set of
Related
Ideas 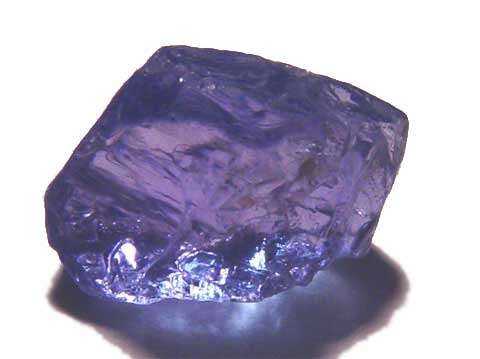 Bianca — April 14, 2007 — Luxury
References: jewelrytelevision
The gorgeous bluish-purple gemstone tanzanite is becoming a rare commodity as a result of over-mining. The zoisite mineral was discovered in 1967 in the Meralani Hills near Arusha, Tanzania and is the only place in the world where the gemstone has been found.

Own some tanzanite already? Hold on to it. Jewelery and gem collectors around the world are growing desperate to get their hands on the precious stones before it is too late.

Authentic tanzanite alternates in colours depending on lighting, changing from sapphire blue to violet and sage-green. If your stone's changes are subtle, don't despair. To enhance colour, some stones are treated with artificial heat, resulting in diminished multicolour effects.

The gem gained popularity when Tiffany & Co. helped market the stone shortly after its discovery, quickly leading it to achieve high status. Sales boomed and it is still near the top of gemstone markets today. The largest tanzanite crystal found was in 2005, weighing in at 16,839 carats (7.5 lbs) and measuring 22 x 8 x 7 cm.

Adding to the rise in demand is the fact that Tanzanite resources are dwindling; it is estimated that there is only a 15 year supply left.

Better snatch one up for the family treasure trove while you can; it will be a priceless piece for future generations. Consider also that tanzanite is December's official birthstoneâ€”your granddaughter will want that special ring when her winter birthday rolls around you know.

Be wary of sketchy retailers, too. Common in tourist hot spots like Mexico, deceitful jewelers offer outrageous deals on gemstones. You might just be investing in near-worthless imitations like tanzanique or Cubic Zirconia, both of which closely mimic the real thing.

Keep your guard upâ€”worse than finding out that you bought a knock-off is your woman finding out her engagement ring is fake; everyone knows a woman prefers the real thing!

For those who want to know more or are considering investing in this jewel, Jewelery Television is hosting a 24-hour tanzanite sales event on April 14. A company press release announced their acquisition of a large shipment of rough tanzanite from Arusha. They will be selling the tanzanite on the show, including cut stones and finished jewelry like earrings, bracelets, rings and pendants.