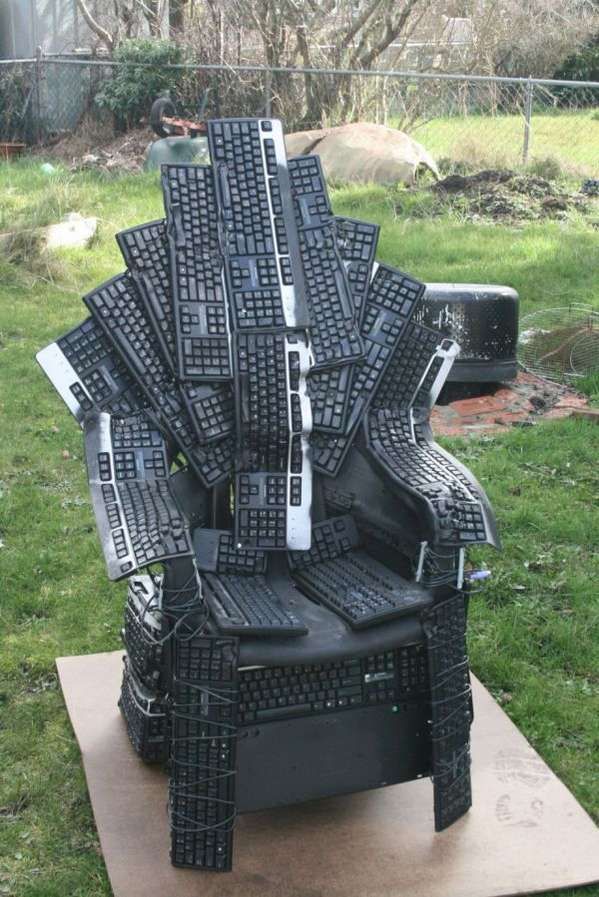 Meghan Young — February 18, 2013 — Eco
References: mike.dewolfe.bc & neatorama
Share on Facebook Share on Twitter Share on LinkedIn Share on Pinterest
Modeled after the Irone Throne in 'The Game of Thrones,' the Throne of Nerds may not be as authoritative, but it is just as impressive. It has been fashioned out of old keyboards, hence the main reason it is made for nerds. Of course, its very existence is pretty nerdy.

Appropriately created by a computer programmer hailing from Canada, Mike DeWolfe, the Throne of Nerds is not as deadly as the Iron Throne, but it may inspire computer geeks who sit in it to play their video games more ruthlessly. According to DeWolfe, "The keyboard warping includes the scorching of almost all of the ESC keys to symbolize how impossible it can be escape suffering and blackness."
5
Score
Popularity
Activity
Freshness
View Innovation Webinars