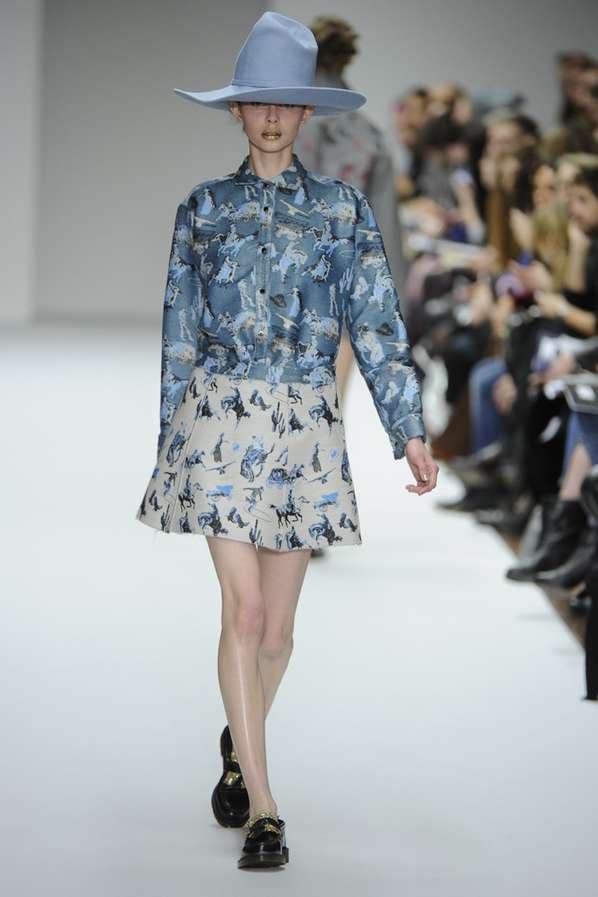 Stefanie Awronski — February 23, 2012 — Fashion
References: vogue & wwd
Share on Facebook Share on Twitter Share on LinkedIn Share on Pinterest
The Kinder Aggugini Autumn 2012 collection is a tad on the eccentric side. The designer's motto, " Gonna live while I'm alive and sleep when I'm dead," is exemplified in the collection which, according to the designer is made for ''the woman who dresses as a result of Sid Vicious having married Coco Chanel."

The Kinder Aggugini Autumn 2012 collection was released during London Fashion Week. Essentially, the line is funky with a country flair, boasting symmetrical lines mixed with wallpaper-like prints. One outfit was finished off with a light-blue, almost modernized take on a cowgirl hat. The most wearable look on the runway however, may be the makeup, which included a subtle, yet whimsical gilded pout.
2.2
Score
Popularity
Activity
Freshness
Get Trend Hunter Dashboard