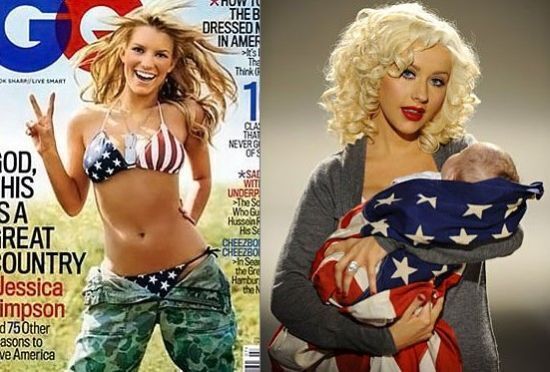 Some of the celebrities wore it as part of their jeans, jackets, elaborate night dresses and skimpy bikinis as in the case of Jessica Simpson.

Simpson can be seen here on a cover of a GQ Magazine issue rocking the broad stripes and bright stars of the red, white and blue.

EDITORS'S NOTE:
Although patriotic fashion can seem patriotic, it is interesting and ironic that wearing the flag is actually against the US "standards of respect". Some of the guidelines for respect for the flag, as explained by Wikipedia: