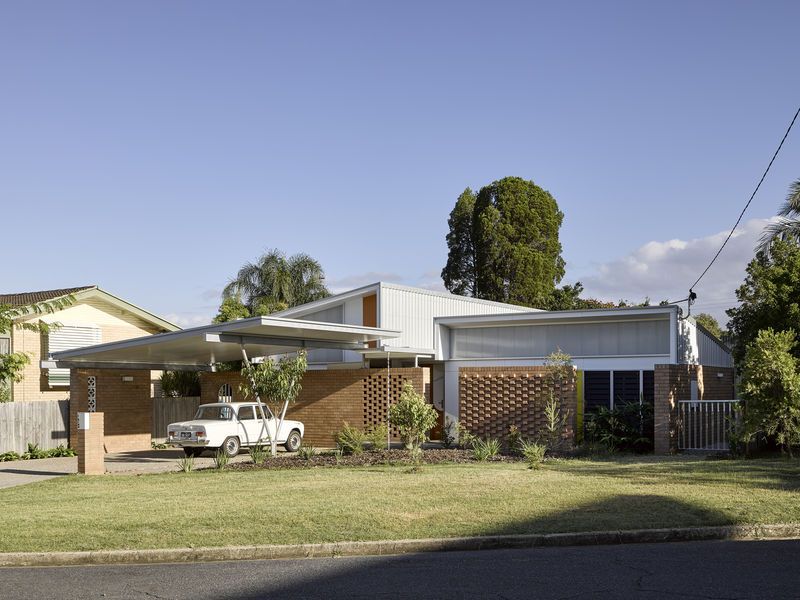 Joey Haar — April 18, 2018 — Art & Design
References: archdaily
Share on Facebook Share on Twitter Share on LinkedIn Share on Pinterest
Many people wouldn't be familiar with the term Googie architecture, but they'd immediately be familiar with the visual vernacular, of which 'The Honeyworks House' makes use. The style was common in design through the 1950s, with a type of retro-futurism that remains a distinct and nostalgic look to this day.

While from the exterior, The Honeyworks House looks like a California bungalow straight out of the golden, post-war years, the Australian home's interior tells a different story. It employs a modular, open concept layout that maximizes the usable space inside the home. Rather than sequestering rooms to relatively infrequent use (as was common in mid-century design), the open design ensures that the home will be lived in in its entirety. Considering that the home's owners are a couple with grown children no longer living inside, that usefulness is essential.