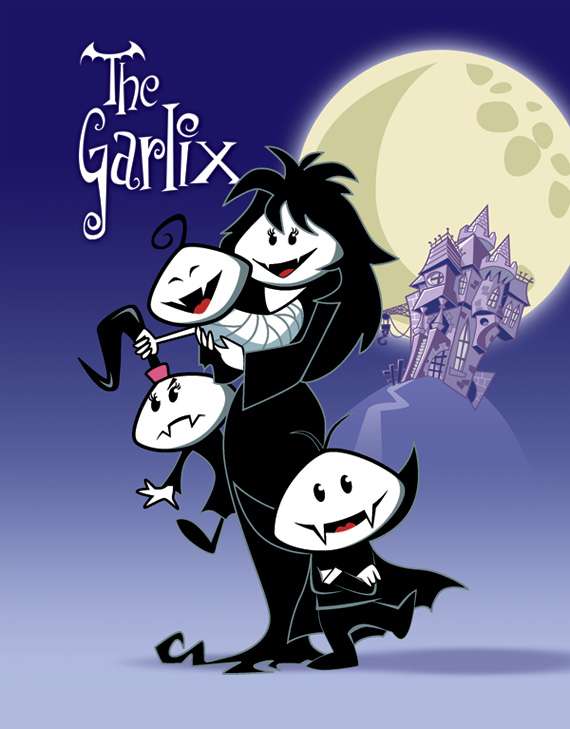 For some time now, there has been a movement in the design, illustration and art world towards depicting traditionally macabre and gruesome imagery and themes in a cutesy, light-hearted manner.

In the past, vampires and monsters were portrayed as everything from evil and terrifying to repulsive and wretched, rarely though were such creatures shown to be cute.

In 'The Garlix,' VISIVA depicts vampires as rambunctious, but sympathetic characters. They are portrayed as a happy family even with a pet dinosaur. The point of the series is to be amusing and offbeat, showcasing a different site of these bloodsucking characters so familiar in today's society.