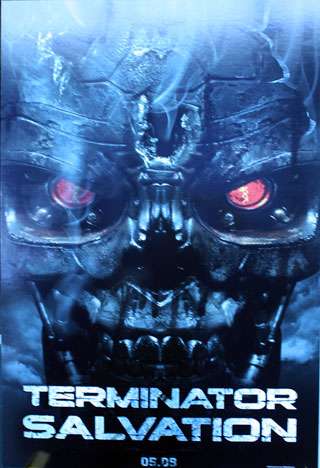 Arnold Schwarzenegger Could Be Back

Although Arnold Schwarzenegger would be ridiculously good, it seems more likely to see Christian Bale as the young John Conner.

I know some of you can't wait for Terminator 4: Salvation, hoping it will redeem the Terminator trilogy after its disappointing T3.

The director, McG promises its audience that this movie won't be just about white people running things, and will be 'multicultural'.  Accordingly, rapper Common is introduced as a main character who assists Connor with the resistance movement. T4 depicts our gloomy future that is full of death, destruction, and war.

McG says that this movie isn't far from reality, and fiction is becoming a possibility with the way our technology is advancing. Science was used a lot in the storyline to justify certain plot points. According to his latest blog about the movie, he said that â€œthis robot nonsense is besides the point and that the story will come first in this Terminator film.

Although I doubt Arnold Schwarzenegger would actually be back to star in the main role, a cameo would be pretty cool.
3.9
Score
Popularity
Activity
Freshness
Get Trend Hunter Dashboard