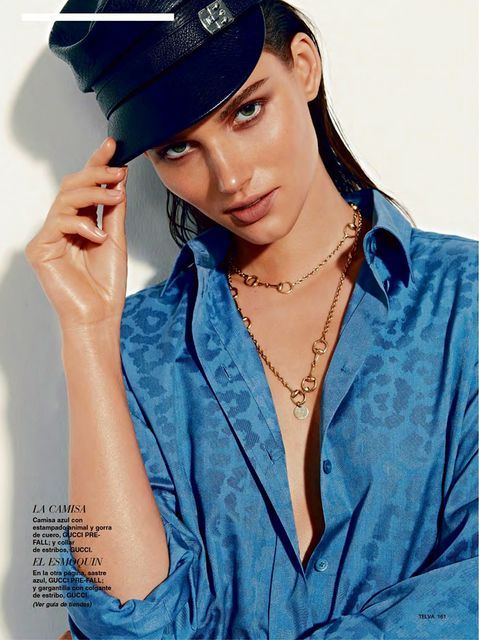 The Telva Spain August 2014 Abadian Photoshoot is in Charge

Jordy E — July 26, 2014 — Fashion
References: telva & fashioncopious.typepad
Share on Facebook Share on Twitter Share on LinkedIn Share on Pinterest
The Telva Spain August 2014 editorial produced by photographer Max Abadian features an assortment of authoritative looks. Model Giedre Dukauskaite was at the center of the photoshoot, posing on her own while clad in ensembles put together by stylist Julia Martinez.

Martinez assembled a commanding aesthetic. This was seen in Dukauskaite as she sported conductor hats, sleek blazers, two-piece suits, button up shirts and crop trousers. Each of the looks could easily be sported while on the job, adding a bit of bureaucratic flair to the set.