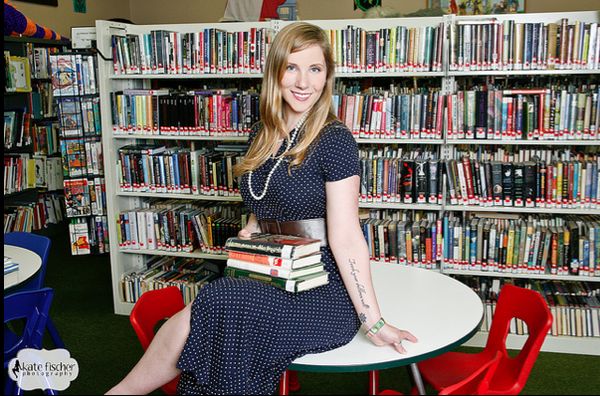 The Tattooed Librarians of the Ocean State Series is Eye-Opening

Meghan Young — January 24, 2014 — Fashion
References: rilibraries.org & mymodernmet
The Tattooed Librarians of the Ocean State 2014 Calendar shows people a different side of traditional bibliognosts. Considering that the old must eventually give away to the new, it is only natural that as younger generations take over such 'stuffy' professions as working in a library, they aren't perceived as stuffy anymore. The eye-opening photo series depicts 12 people part of the Rhode Island Library Association (RILA) who boast inked art on their body, from big to small.

Interestingly, the Tattooed Librarians of the Ocean State 2014 Calendar is meant to connect both the function of the library and the existence of such permanent art. As written on the RILA website, "Libraries are unique as they simultaneously foster the preservation of histories and traditions, while fighting censorship and fostering cutting-edge learning environments. Likewise, tattoos can also represent the preservation of history and resistance of the norm."
1.3
Score
Popularity
Activity
Freshness